The mirror and how it works: Your fears, judgment, and attitude about others are an outward reflection of how you think and feel about yourself. And it might be so deep down inside your subconscious mind that you aren’t even aware of it.

This was a fascinating thing for me to realize because I was always very judgmental. I often didn’t say it out loud. But I said it in my mind or just under my breath to myself. Since no one else could hear me I thought it didn’t count. Because I thought if you say your judgments out loud to other people, then you’re a judgmental person. And if your kept it to yourself then you’re not, right?

I didn’t think that it was judgmental if I just had judgments in my mind. I’d always judge other people. I’d think, “Ah, that guy is stupid,” or “Oh, my God! That person is such an idiot for doing that (or saying that),” or “Wow! Look at that dumb ass driver!” I would always be judging everyone. Literally, everyone I looked at in person or on the internet I would make some judgment in my mind about them. I had massive lists of people who I judged. And some of them were massive judgments too. And I thought I was right. I felt totally justified in my own mind about how right I was. And I could prove my opinion with substantial facts too.

And I also judged myself too. That was the habit, right? Judge others, judge self. And I was usually my own worst critic. When I did something right then I was like, “whatever, I reached par, no big deal that’s what’s expected.” Didn’t congratulate myself on a job well done. When I fell short on something then my own self talk was rude, overly critical, demanding, full of judgment, demeaning, and just plain awful! I would say things to myself that I would NEVER in my worst rant ever say to someone else.

I had a bad attitude. Very negative and critical of others and of myself. Even though, paradoxically, I saw myself as a positive person.

So what happened is when I started playing guitar in a band and we played live in front of people I was afraid of being judged by others. That fear gave me paralyzing stage fright. Which then made things worse. And actually “set the stage” for me to be judged. Against my best efforts (at the time) I was actually making it easy for them to judge and ridicule me.

And then a few years later when I started my first business, I was too afraid to do anything. I was too afraid to get on the phone and call people. Too afraid to send someone a letter (this was pre-internet). Too afraid to meet them in person on a sales call. I was literally just paralyzed. That’s when I was really just stuck. I would be judgmental of other people, but then I couldn’t take action because I was afraid that others were going to judge me too.

It’s pretty silly, really, because if you judge other people, you won’t be able to do anything special due to your fear of being judged. This is the way it works. If you judge other people, that means that you’re now going to be too afraid to do anything special. You’re never going to be able to step outside of your comfort zone because you’re going to have a massive fear that others are going to judge you.

And though it all, over decades, I didn’t make the connection! Not until over 30 years later when I began studying NLP, cause and effect, judgments, etc. that I began to realize that I AM THE MAIN PROBLEM in my life. Not others. Only me. That’s the negative impact. The positive side I came to realize is that I AM THE MAIN CAUSE OF ALL MY SUCCESS too. (More on that in another post.)

It’s a fascinating thing to discover in life because you understand that when someone judges another about a certain thing then you know exactly what problem they have with themselves. It’s fascinating to read in Facebook and YouTube comments and arguments. When people get offended and when people start arguing and labeling other people and attacking other people, it’s really, really awesome and fascinating to watch because you’re like, “Whoa! These people don’t understand that they’re just revealing all of the things that they’re trying to hide.”

It’s like people are revealing their cards. They’re showing you their hand, what cards they’re holding, but they don’t think that they’re doing it at all. This is really fascinating thing to discover. It’s so interesting to watch.

If someone is too afraid to step outside of their comfort zone, then that means that they’re judging people who are stepping outside of their comfort zone. The only way to be free of the fear, so that you can step into your comfort zone is to stop judging people who do it. It’s really as simple as that. It will totally change everything for you. From this point on, you do not want to judge anyone and you want to let go of all of those feelings and labels that you’ve given to people. Then you will be totally invincible and able to do anything you want without a fear.

The only way to be free of the fear of judgment is to not judge other people.

It was a fascinating thing to discover because I was like, “Wow! All right. I’m just going to try not judging anyone.” From that point on, I didn’t hold opinions of anyone. I saw people who I usually would have judged big time and I’d just like their Facebook post and mean it. I would no longer hold people in any form of judgment.

There were people who I used to think of as my enemy. So I decided to just be their friend and totally let go of it. It was amazing what happened. All of a sudden every ounce of fear I ever had about being judged just disappeared. I could then actually just do whatever I wanted without any fear of rejection or fear of judgment at all. It just fell off me. It just eroded. The same thing will happen to you too. This is a big one.

So if you are feeling ready for subconscious change in this area reach out and say so. You can finally end the self sabotage that is holding you back from greatness. Call, text, or email.

This site uses Akismet to reduce spam. Learn how your comment data is processed. 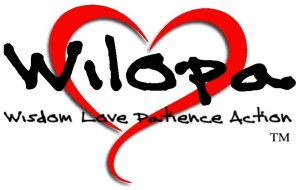